Cometh the moment, Comer the developer has boots on D4 ground 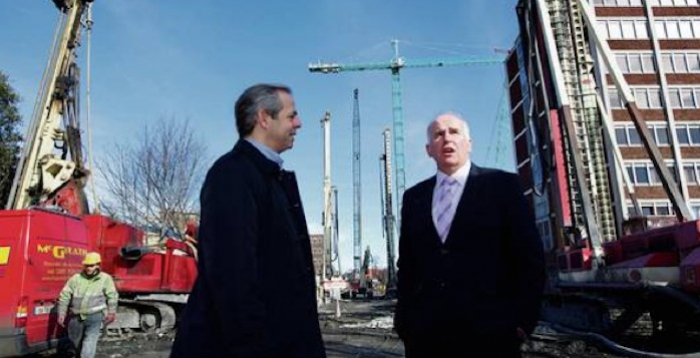 WHEN Ray Grehan paid a record-breaking €84m an acre for the former Vet's College site in Ballsbridge in November 2005, there were those who said Dublin was well on the way to outstripping Monaco for property prices.

And such was the euphoria surrounding the €171.5m D4 deal, there were plenty more who believed it. Luke Comer wasn't one of them.

"Monaco is something like the same size of my Dunboyne farm in total; it's about 300 acres I think in the whole country. I said at the time [that] the world's richest people live in Monaco for one reason and for one reason only because it's tax free and I was told, 'no, Ireland will surpass it'. It was wishful thinking," the Glenamaddy-born developer recalled as we sat down for coffee in the lobby of the Herbert Park Hotel last Monday afternoon.

These days Comer has a renewed interest in the prospects for Dublin 4, thanks to his decision to join forces with Mayo-based brothers Martin and Padraic McHale in bringing Ray Grehan's vision for the Vet's College site to fruition.

Having snapped up the 2.04 acre plot for the far more sober sum of €22m last year, the Comers and McHales have had boots on the ground for several months now and aim to have the superstructure of Number One Ballsbridge completed by July.