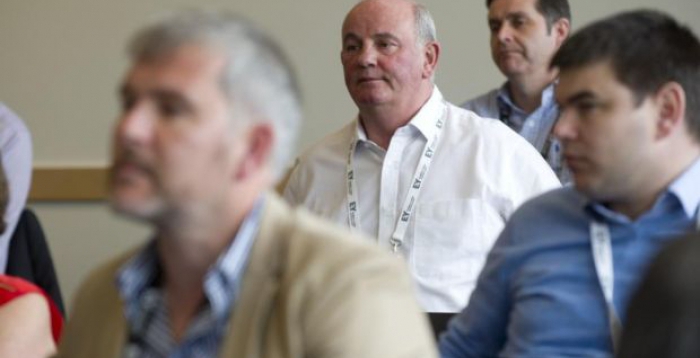 With assets worth €2 billion, the Comer brothers have come a long way since leaving school in their early teens to work as plasterers.

Comer Group is a private company. Its assets are reported to be in the region of £2 billion. Brian is reluctant to talk about just how successful the business is in financial terms. But its clearly successful enough for it to be worth the two men’s while to move their places of residency to Monaco.

It may make sense from the point of view of tax but the Monte Carlo lifestyle has limited appeal for him, he says. “It’s grand for a short time. But it gets a bit much.”

He spends most of his time in the UK where has turned a nine-hole golf course in New Gate Street village in Hertfordhsire into his home. Most mornings he is in the London office at 6am or 7am. He looks after the business in the UK and Luke is responsible for Germany. Both are involved in any big deal.

Their children work in the business. Two of Brian’s daughters Caroline and Jessica look after sales and lettings in the UK, whilst two of Luke’s sons, Luke Jnr and Barry also work for the company. Barry looks after their Irish interests.

Luke spends more time in Monaco, but according to his brother is not overly enamoured by it either. “He is not the flamboyant type.”

They are still very much a team after all these years and are joint entrants in this year’s EY Entrepreneur of the Year programme which has brought Brian to Seattle for this year’s finalists retreat.

He struggles to explain the difference. “I think I have good people skills. Now, Luke’s not bad either. Luke is very good at spotting deals,” he responds before deflecting the question.

“Obviously, we were brilliant plasterers,” he says with a smile.

It’s a humorous nod to the root of their success and an acknowledgement of the importance of their fraternal bond.

“We could do everything ourselves.We opened a show flat within two weeks of starting on site in London once. We were working to two or three in the morning. If you were depending on someone else it probably would not have happened.”

Article from the Irish Times (online)